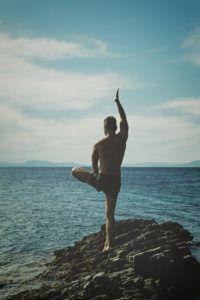 Are you a guy who is interested in yoga? Currently, this is a rare occurrence in the west. Out of the 20 million Americans who practice yoga, only approximately 18 percent is comprised of men. However, men-dominated yoga startups have been popping up everywhere, with Broga and DDP Yoga being among the most popular. Men just want yoga without the girly and spiritual frills attached.

DDP yoga is here to change things up thanks to wrestling legend, Diamond Dallas Page. This isn’t your typical form of yoga. DDP yoga is much more intense, manlier and hardcore than what people are used to. It’s not what you’d expect from someone who used to make a living tackling other men on the circled square. With $3 million in total DVD sales since 2012, DDP yoga might actually be worth all the hype.

What in the world is DDP Yoga?

DDP is apparently the solution for all your fitness issues. If you want “ripped abs,” a “shredded body,” and “a comparable workout to running on a treadmill, or the asphalt, but with no impact,” then you should consider giving this one a try.

According to their website, DDP yoga doesn’t require you to have an excellent sense of balance or inhuman levels of flexibility to perform the postures, which could be good news for men who are on the slightly heavier side. Another thing about this variation of yoga is that Diamond Dallas Page renamed some familiar yoga terms that might get a bit confusing for those who didn’t grow up watching WWF/WWE. The warrior pose is called the “road warrior,” the child’s pose is now the “safety zone,” and the pigeon pose has been re-branded as “can opener.”

Don’t fret, though—because Page merged those poses with some strengthening moves to kick some testosterone into the workout and even managed to include his signature “finisher” into the workout. The “diamond cutter” move is a backend and chest stretch which ends in a Hulk-like flex. 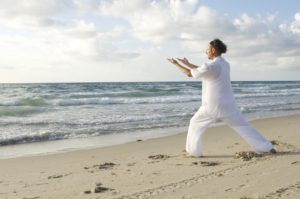 Page also claims that DDP Yoga does the same thing as traditional yoga, maybe even more. He’s also proud to say that this is how people can do yoga without ever uttering the word “namaste” during the whole workout.

During the late 1990’s, Page suffered from a career-ending back injury. Since he was a regular part of the WWF line-up during that time, this was very devastating for him. He refused to accept it when doctors told him that he couldn’t wrestle any longer. He turned to yoga for healing, and used it to get back into shape. He defied what the doctors expected from him and managed to get back into the ring.

Once he decided to finally retire from wrestling, he came up with the concept of DDP Yoga. The brand literally has a tagline that says, “it ain’t your mama’s yoga.” Page also dubbed it as “cardi-yoga” since it’s yoga mixed with some cardio workouts to get the heart pumping.

Although professional wrestlers are quite known for showboating, the program is actually quite well structured. They sell it on their website as a 4-DVD set for $79.99. These include instructions on how to do their beginner routines, as well as the more advanced and challenging ones. The set also includes 13-week program for beginner, intermediate, and advanced levels; a printed guide that serve as a nutritional guide; and a poster of the 13 most commonly used poses in DDP Yoga.

Page is also quite excellent when it comes to giving suggestions on how to modify the poses to accommodate one’s personal experience level. This is something that’s quite important, as men who do yoga end up getting injured more frequently compared to women, as they tend to push themselves too hard (leading to incorrect form).
Don’t have time to sit through the whole set? They also offer an app that includes workouts, nutritional guides, and other motivational features to get you going.

There are of course many benefits to yoga, and DDP Yoga is no exception. Since DDP Yoga is a combination of “Yoga, Traditional Fitness, Sports Therapy and Dynamic Resistance,” it can have the following effects on those who practice it:

Tools of the trade

Page suggests people who would like to do DDP Yoga to prepare the following things:

Why the heart monitor?

DDP Yoga instructors require their students to wear heart monitors during every work out. Page says that this is needed to keep people honest and to give them an idea of if they’re pushing themselves too hard. The monitors allow people to watch their heart rates and to find their own personal “fat burning” zone during a workout.

Page encourages everyone to get in their own zones and to work hard on DDP Yoga, but discourages over-training and pushing too hard.

Why it stands out

Dynamic Resistance is one of the selling points of DDP Yoga because it’s what distinguishes it from the rest. DDP Yoga doesn’t require any special gears or gadgets, because the only equipment you’ll truly need (aside from the heart monitor) is your own body. .DDP Yoga requires full body strength, including those lesser-known stabilization muscles. The slow and mindful movements will tone your body. This also helps increase your heart rate and allows you to enter your “fat burning” zone.

The higher your heart rate is, the quicker your body burns fat. DDP Yoga claims to increase your BPM just by standing still, because it engages your muscles via Dynamic Resistance. As you use your bodyweight as resistance, you also get a good cardio workout without letting your joints suffer.

Probably too intense for beginners?

No yoga experience is required to do DDP Yoga. DDP Yoga Level 1 Instructors are trained to explain and call out all the moves required. They will teach the basic moves that form the components of all the DDP Yoga exercises.

It’s possible, but there are inexperienced folks who do DDP Yoga on their own because it’s accessible. They can just pop in the DVD at home and not have to deal with self-consciousness. Or they can find a fitness center that gives classes. Depending on your fitness level, it can be a piece of cake for you or be quite a torturous experience.

Page suggests that people should use DDP Yoga as a guide and to eventually make it their own by adding their own poses or variations of it. He is serious about pushing the workout further into the mainstream.

Reviews from people who actually tried it

The folks over at Men’s Journal tried DDP Yoga for about six months and initially thought that it was quite gimmicky. However, they did report that after religiously following the program and the routine: their cores were stronger, their joints and bones felt much better, and they were able to contort their bodies and squat like professional athletes. Apparently, they also can’t start their days without doing DDP Yoga. They also recommend those who are already (or at least think that they are) fit to just tryout the Double Black Diamond or Psycho Extreme Workout (which is an intimidating title, by the way) if they really want to get challenged.

The whole workout is full of toning exercises aside from the usual, albeit renamed, poses that are expected from yoga. Since it’s a relatively new variation, there haven’t been any studies, scientific or otherwise, about its effects. Their claims of jacking up your heart rate and burning your fat quickly still isn’t proven. However, the toning effects do are apparent.

Remember, even regular ashtanga-style yoga can increase your resting heart rate by adding around 30 beats per minute to your normal BPM. And regular yet vigorous yoga routines are proven to help with burning calories for weight loss. However, since DDP Yoga’s pace is much quicker with almost no rest time, expect your body to need recovery time after earlier sessions.

How can it be called DDP yoga when flexibility isn’t even a requirement?

Flexibility is a huge factor for traditional yoga. If you’re a beginner, you’ll just feel how tight your whole feels when doing poses. But for DDP yoga? Since anybody can do it, DDP yoga was developed to help those who have become stagnant due to work or inactivity or old age. DDP Yoga can be your first step towards increased flexibility.

In conclusion, DDP Yoga is a promising variation of the art of yoga; you just have to cough up a bit of time and money for it. It’s also a decent method of trying to get your feet wet into getting more toned and flexible. However, it doesn’t seem like a good alternative to the traditional and balanced cardio/weight training routine you’ll get at fitness centers. There’s essentially nothing to lose if you want to spice your fitness regime up a bit by trying this new form of yoga.