Regular meditation can bring long-term mental health benefits, but there is a more immediate reason that you should be meditating.

Meditation can actually save your life!

You’re probably thinking “how can breathing exercises save my life?”.

Meditation may not teach you how to disarm a gun or knock someone out with one punch but it can help you become a better fighter in the psychological arena.

Today, we’ll go over some of the ways that meditation could save your life.

What Is The Fight Or Flight Response? 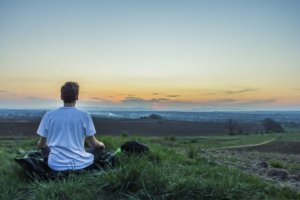 The fight or flight response, also known as the acute stress response, is a physiological reaction that occurs whenever your brain detects a threat.

This response has been around since the earliest days of mankind.

When a bear or sabretooth tiger suddenly appears, you have two options; you could make a break for it and try to outrun the threat, or, you could stay and fight.

The fight or flight response is appropriately named because its job is to make sure that you’ll be ready to execute either option at the drop of a hat.

When your fight or flight response is triggered, the sympathetic nervous system is activated, this leads to the release of catecholamines, which include adrenaline and noradrenaline.

Your heart rate rises, your blood pressure shoots up, and you start breathing heavier and faster.

This is your body preparing for either a gruesome battle or an exhausting run.

Even after the perceived threat is gone, it will be around twenty minutes to an hour before your body returns to its normal state.

How To Desensitize It

Now, the fight or flight response was extremely useful in prehistoric times, however, as time passed, it quickly became more of a nuisance than an advantage.

Sure, having adrenaline dumped into your system is useful when you’re trying to lift a car off of a baby.

However, it is completely unnecessary if you’re in the middle of a school debate or stuck in traffic.

The best way to desensitize the fight or flight response is through meditation.

Meditation will help your mind and body communicate with each other so that you don’t perceive every next thing as a threat.

Enhanced body control and the ability to limit adrenaline dumps can also help you fight smart in a physical altercation which could save your life!

Recent studies have shown that meditation has the opposite effect of the fight or flight response.

Being the polar opposite, it acts as a neutralizer towards the fight or flight response and will allow you to think clearly in a stressful situation by minimizing the amount of the hormones released. 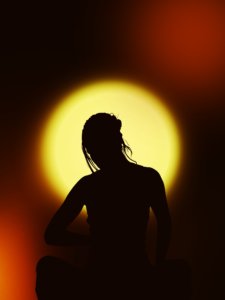 Meditating before heading out will leave you with a clear mind which can make it easier for you to detect, and therefore avoid, any threats that may be around you.

Situational awareness is often regarded as the most important aspect of self-preservation.

The best cure is always prevention.

Some people who are not aware of their surroundings will unwittingly walk into dangerous situations while talking to someone on their phone or listening to music.

We should always keep track of where we’re headed, who’s around us, and we also have to remember to watch out for any potential threats.

Being attentive is the unsung hero of safety.

Being safe comes down to whether or not you’re actively avoiding danger.

Regular meditation will also reduce the likeliness of you getting into a fight due to the fact that it keeps you grounded to your limits, allows you to be at peace with yourself and others, and keeps your ego in check.

Having a good head on your shoulders will reduce the chances of you starting a fight that you can’t win.

Illusions about you or your capabilities will only get you in trouble. 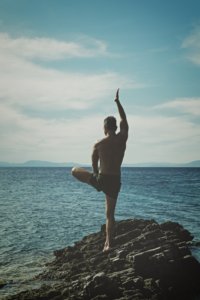 Meditation can help you keep a clear mind, control your fight or flight response, detect threats, and fight smart. It’s important to remember that there is more to self-preservation than physical training methods like martial arts and exercise.

You could be a better fighter than Anderson Silva or more jacked than Arnold Schwarzenegger but it won’t make a difference if you have the mental strength of a hard-boiled egg.

Regular meditation is the first step to improving your mental strength and establishing a greater control over your body and mind.

The mental side of training is just as important as the physical side.

If you remember to pay attention to both aspects then your life expectancy will increase in no time.